We Also Heard From…

This site is constantly being tweaked and new material is added periodically. Update announcements will be made periodically -- so check back often. It's also possible we'll have an announcements mailing list if there is interest.

Please feel free to post any questions or comments! 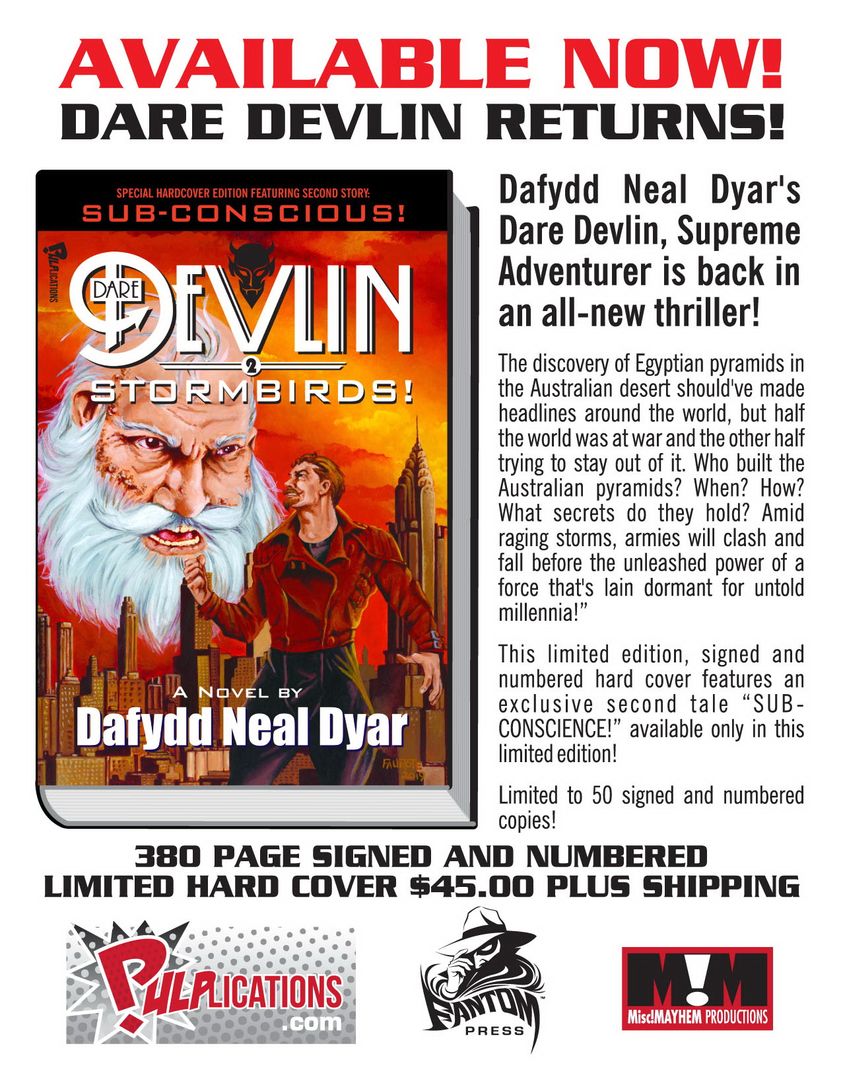 Presenting the Daredevil Exploits of

MECHANIZED DEATH!
The Challenge of the Revamped Revenant’s Revenge

Time Flies Like an Eagle, But Dare Devlin Flies Like a Bat!
A midnight invasion of the Devlin & Associates office by two towering tuxedoed trolls toting a traditional teak travel trunk launches Dare Devlin into a high-stakes race against time requiring a solo aerial assault by the Supreme Adventurer on his own impregnable Pancontinental Mercantile Transport Service, now in the hands of the murderous monster called “The Machine-Man!” Every second counts when Dare flies to the rescue his captive cousin Cat from the machinations of a technological zombie controlled by a reincarnated Ghost of Christmas Past!

BRAIN WRECK!
The Challenge of the Duplicitous Devil Doctor

A Mind is a Terrible Thing to Baste!
The Supreme Adventurer and his Amazing Associates must brave the Brain-Wrecker, the destroyer of minds that has already killed or deranged an entire platoon of American soldiers. Who or what is Orochi, the legendary Japanese demon in samurai armor who controls this horrific weapon? Following a trail of madness and death, Devlin & Associates will have to travel halfway around the world under the polar ice to the very shores of Japan itself before coming to grips not only with the demonic Orochi but also an unexpected third foe: the insidious Chinese doctor who invented the Brain-Wrecker!